It seems a bit odd saying "Halloween Lore" as Halloween is all lore really, here's some stories and traditions associated with the 31st of October

The current name comes from "All Hallows Eve" but like other celebrations such as Christmas and Easter, the roots of the celebration go back to Pagan times to the holiday of "Samhain" (pronounced Sah-ween) which signified the end of summer.

The Druids of Ancient Britain, celebrated Samhain  on October the 31st or thereabouts, the date falls between the Autumn Equinox (22nd September) and the Winter Solstice. It marked the end of the harvest and the start of the "darker half" of the year. The eve of Samhain, October the 31st was the night that the Lord of Death judged the souls of the departed.

For the Celts in particular, Samhain was the biggest and most significant holiday of year. They believed that at this time the ghosts of the dead were able to mingle with the living. The souls of those who had died during the previous year would travel to the other world.

As might be expected from ancient Pagan festivals, there was much drinking of very rough brews and chucking away of food and other goodies in a melodramatic manner to please and appease the gods.

There are rumours of human sacrifices, though no-one has ever found any evidence. The purpose of the Samhain festival was to ensure that the following year would produce good crops and give people a chance to communicate with departed ancestors and assure prosperity. Some claim that wisdom from ancestors could be learnt at such times - I'm more sceptical as they kept on drinking those brews not learning their lesson and I reckon didn't feel too clever come November the 1st.

In 834 AD a full two centuries after Britain had embraced Christianity, the Pope ordered that the continuing Pagan rituals that still continued against attempts to ban them should be Christianised. So spring fertility rites were absorbed into Easter, Winter Solstice / Yule celebrations were absorbed into Christmas and Samhain became All Saints Day - a "Hallow" was another word for a saint and the eve or evening before made it All Hallows Eve, eventually becoming Halloween.

Pumpkins having fun on the big day

Samhain was a favourite time for foretelling the future the Druids used the "sacred apple" for this, as time has gone on the Chinese Whispers of tradition has turned this into "bobbing" for apples - fishing for floating apples in a bowl of water using only your mouth.  (My Granny used to call having a no.2 (ahem - sorry) "having a bob" - imagine the motion - so as a child I used to find the concept of bobbing for apples hilarious).

Another variant is to have the apples suspended on strings and try to catch them in the mouth as they swing.

Death was always an ever present threat in ancient times ("ancient times" is now generally agreed by scholars to have been sometime after the late Pleistocene and just before donkey's-years-ago) so Halloween was a good time to find out when you're going to die (or preferably when other people were going to die). Stones in the bonfire ashes were examined for evidence of the names of those who would die in the coming year. "Hey Beowulf, guess what?..."

On a happier note, Halloween was thought of as being a good time to predict marriages and husbands. Halloween was sometimes known as "Nutcrack Night" in Britain when girls would look for signs of their future husbands in the way nuts burned on the kitchen fire. Other useful foretellers of the future at this time included cabbages, molten lead, needles, egg whites and hemp - a good line in BS helped convince other people you knew what you were seeing.

If you hold a mirror on Halloween and walk backwards down the stairs to the basement (not easy if you don't have one) the face that appears in the mirror will your next lover (but why would they be hiding behind you in the basement?)

Another way of getting a glimpse of your future spouse was believed to be to peel an apple in front of a candle-lit mirror.

Each member of the family should take a clean ivy leaf with no spots or stain and place them into a glass of water overnight. If the leaf is still spotless the following morning, at least another 12 months of life are assured, but if the leaf has any spots on it death will follow in the next year (I'd just refuse to do it).

Special foods and meals were often made for the souls of the dead and for deceased ancestors. In England "soul cakes" cakes were made for these wandering souls, and people went "a' soulin" for these at Halloween.

The main celebration of Halloween today of course is of trick-or-treating by the local neighbourhood kids. How this came about is not entirely clear. In the 16th century there are records of "guisers" (dis- guisers?) in Scotland young men in costumes and masks went from door to door with turnip lanterns. Hidden by their disguise would ask "Please to help the guisers" and were rewarded with apples, nuts and copper coins.

Another possibility is that the practice arose in England as a derivative of children collecting a "Penny for the Guy" traditionally involving making an effigy of Guy Fawkes who tried to blow up Parliament in 1605 as part of the "Gunpowder Plot". Money collected in this way would be spent on fireworks let off on November the 5th when the "Guy" was burnt on a bonfire.

In any case, trick-or-treating was taken overseas by British and European emigrants and has particularly taken root in America. There are reports of trick-or-treat in America and Australia in the 1940's, it had spread to just about everywhere in the USA by around 1955.

British trick-or-treat is a more recent phenomenon and rather oddly has been re-exported back to the UK from the USA after it died out in the UK. So much so that many Britons consider it to be an American holiday that for some reason we are just starting to adopt. My youngest son first went trick-or-treating when he was 5 (in 1997) with his older brother and a group of his friends, at that time, they were the only ones in the village doing it. The numbers increased over the next few years, we still put out three carved and lit pumpkins to attract them to come and get their sweeties in a pay-the-karma-on sort of way.

The carved pumpkin or Jack O' Lantern was adapted from the old British practice of carving out turnips or other vegetables to make lanterns. Pumpkin carving is now as essential to Halloween as mistletoe and holly are to Christmas, though in Britain we tend to throw the pumpkin contents away rather than make them into pumpkin pie as the Americans do - how many Britons have even tasted pumpkin pie I wonder?

The Jack O' Lantern comes from Ireland where a man called Jack trapped the devil in the branches of an apple tree. When Jack died, he wasn't allowed into heaven, but then neither would the devil take him (miserable sod, what a sore loser)  instead he was left to endlessly wander the earth lighting his way with a hollowed out turnip containing a piece of coal.

Mathematical joke: Why is Halloween like Christmas? Because Oct 31 = Dec 25.

If you eat any more, you'll look like a pumk.. oh, too late. 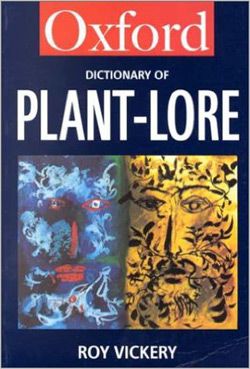 A Dictionary of Plant-lore Roy Vickery 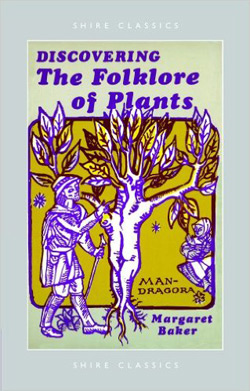